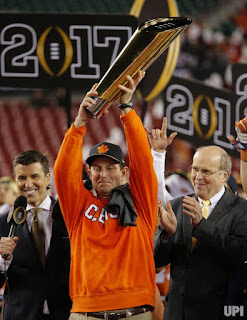 Glendale, AZ, Clemson Athletic Director Graham Neff knew his school would have a great shot at winning it the next year.  As with many big time college athletics programs, contracts for football coaches specified large bonuses, in the millions, for winning the National Championship.
In a move that saved the athletic department $1,000,000 Neff purchased Bonus Insurance to cover some of the anticipated payout.  For $272,500 the athletic department bet on itself (and not in Vegas) and insured $1,300,000 in bonuses.  Clemson received a check for $1,300,000 to help defray much of the bonuses owed to staffers.  Read more HERE
Boca Insurance Group would be glad to help with any and all performance based/bonus insurance.  Call us today at 954-596-0691.
Boca Insurance Group is a full service insurance agency located in Deerfield Beach Florida handling all forms of insurance.  www.bocainsgroup.com 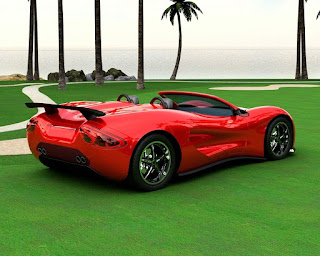 Floridians have seen an average auto insurance premium increase of almost 14% since January 1.  This article from the Tampa Tribune lays out the various reasons for the increase- Click Here.

Make sure you are receiving every possible discount on your auto insurance policy.  Many companies give discounts for the following:
Paperless- receiving all your correspondence through email.
EFT- Electronic Fund Transfer for all payments
Paid In Full- Paying a policy in full at the beginning for the policy period often results in substantial savings.
Senior Driving Course- Drivers 55 years and older can take an online course and receive a discount from many companies
SnapShot- Progressive offers discounts to drivers who install the "Snapshot".  The devise tracks your driving habits including the amount of driving you do and applies discounts to your policy.

Of course if you are like me and have two drivers under the age of 25 you will be paying very high rates no matter what.

Citizens is shedding more policies to new, private insurers. IF this happens to you, make sure you call your insurance agent and review the specifics about the new company and the coverage offered. Many of the "take out" companies offer enhanced coverage compared to the Citizens policy you previously had. Also, be aware that many of the new companies have a "right to repair" clause in their policy which means they can choose the contractor to repair damage. Stay informed about your options and call Boca Insurance Group- 954-596-0691.

For more information please read this article that outlines Citizens plans- Click Here
Posted by Boca Insurance Group at 7:42 AM No comments: 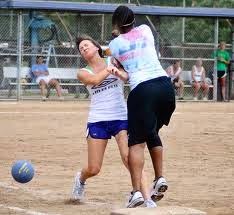 A warning for all business owners, human resource managers and executives.  Do you think that company softball or kick ball game and picnic will build morale?  Well watch out- your may have a workers' compensation claim on your hands.

The South Carolina Supreme Court ruled that an employee injured in a company sponsored kick ball game is entitled to workers' compensation benefits.

The key in this case was that the court felt in employee was required to attend the game because he had organized the event.  Making it voluntary may have absolved the company from the work comp claim.

Company sponsored events and parties create risk exposure for work comp and liability claims even though good intentioned.  It is imperative that executives review all possible scenarios and limit the risk exposure of the company.

To discuss workers compensation insurance, call Boca Insurance Group today and see how we can help you.

Finally some relief for Citizens Property and Casualty customers appears to be on the horizon.  Citizens plans to file for a rate reduction for 2015.  This would bring down Palm Beach County homeowners insurance rates by 7% and Broward County by 7.4% for standard homeowners insurance policies.

Its not all good news as Palm Beach county wind only rates would rise by 5.7%.

Boca Insurance Group always advises customers to avoid Citizens if at all possible.  If you are currently with Citizens, Boca Insurance Group wants to help you find better coverage for a better premium.  Call us today to see how we can help or e-mail us at pat@bocainsgroup.com

Posted by Boca Insurance Group at 8:30 AM No comments: 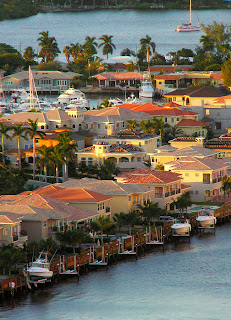 Key House and Senate members have reached a bipartisan deal to delay changes to the federal flood insurance program that are raising premiums for many homeowners. The bill would require regulators to address affordability of the coverage before implementing rate hikes.

There will be much more to some on this subject as this is only a four year delay of the proposed changes.  Part of the bipartisan deal calls for FEMA to do an affordability study which will hopefully point out the burden placed on homeowners.

There are a number of groups in favor of the increased flood premiums as pointed out in this article  This promises to be a fight for many years.

Please be aware that homeowners insurance policies do not cover flood damage.  Not having flood insurance in Florida is a serious gamble that could have disastrous consequences effecting your most valuable asset.  Protect your investment in your home by purchasing flood insurance.

Please call Boca Insurance Group with any questions about flood insurance or any of your insurance needs.  We are a full service insurance agency offering advise on all forms of insurance.

Posted by Boca Insurance Group at 1:27 PM No comments:

South Floridians- will your flood insurance premiums increase or will your zone change? 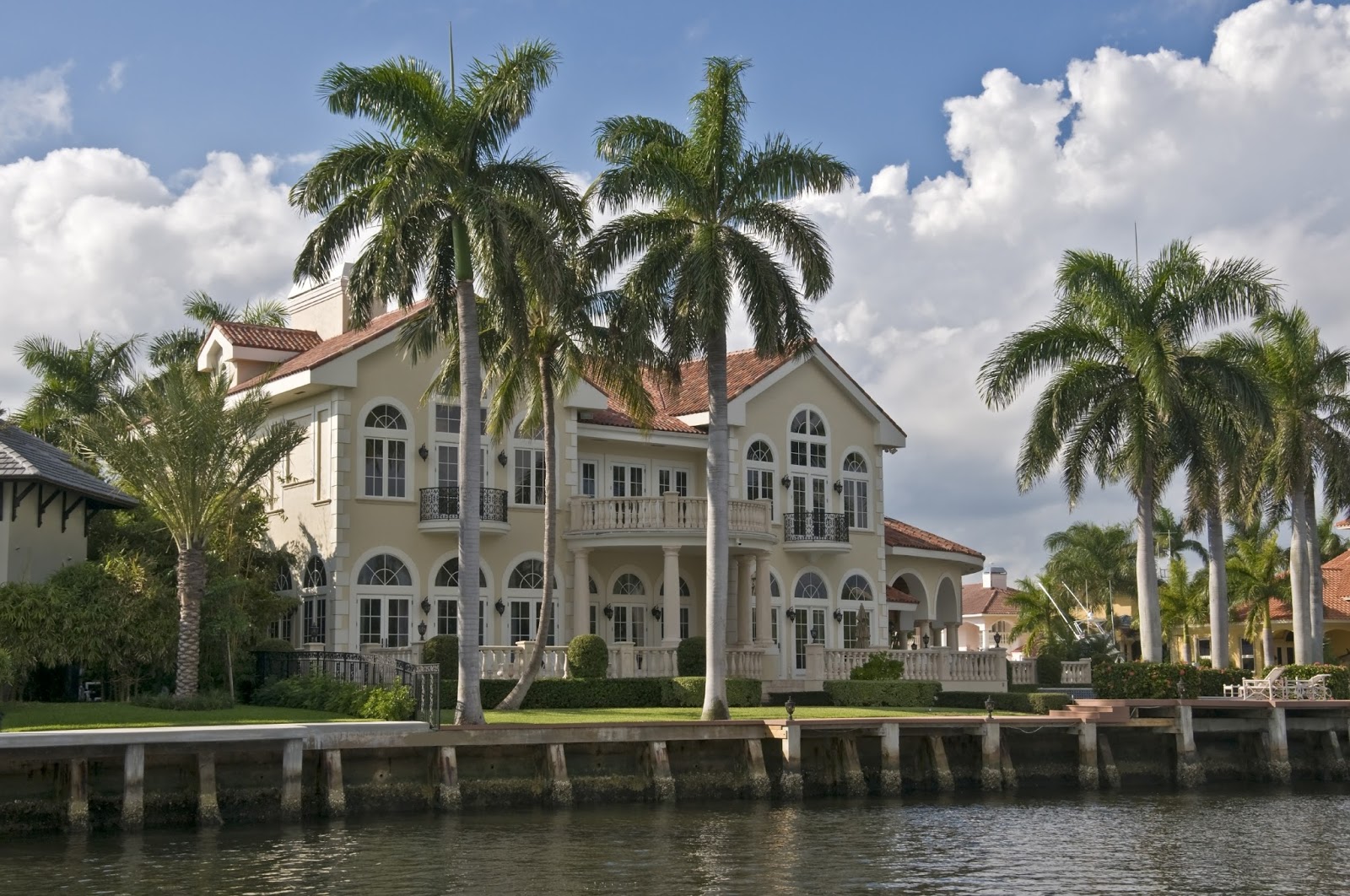 Many changes are on the horizon for the National Flood Insurance Program.  FEMA has redrawn the flood zone maps and is in the process of changing many flood zones and Congress passed legislation last year making changes to the long running program which will increase many homeowners premiums, in some cases substantially.

If you live east near any body of water (not just on) your rates will likely increase as a result of the law that now requires premiums to be actuarially appropriate.  Premiums will increase 25% annually until the appropriate premium is reached.  Additionally, homeowners with "second" homes have already seen increased premiums as Congress stipulated these owners will be required to pay a larger share of the premiums.

But while some homeowners or buyers face a bigger bill for waterfront property, some people who live in relatively high and dry areas at the edges of flood plains will get lower rates for flood insurance. The reason: periodic updates of federal flood plain maps will show they live in low-risk areas.  Additionally, many homes that were in a "high risk" flood zone will now be located in a "preferred" flood zone.  Mortgage companies do not require flood insurance be purchased for home located in "preferred" flood zones.

It is still advisable to obtain flood insurance for any property in South Florida.  REMEMBER- HOMEOWNERS INSURANCE POLICIES DO NOT COVER DAMAGE CAUSED BY FLOODING (RISING WATER).  Do not get caught without flood insurance.

Click Here for an in-depth article form the Sun Sentinel outlining some of the changes.